Veterinarians ARE Doctors: What To Say To People Who Claim That Vets Aren't Doctors

When you go to parties this holiday season, and you meet people, do you get that old weird look when you tell people that you are a Doctor of Veterinary Medicine? Maybe you get someone telling you that "veterinarians aren't really doctors"? Well, if you are tired of trying to tell people that you are a doctor, but you have just animal patients instead of people, maybe these folks need to hear some more about what makes you a doctor, regardless of who or what your patients are.

You Spent Seven Years Studying to Become a Vet

Like human doctors, you spent at least seven years studying medicine, anatomy, biology, physiology, and pharmacology. You had to intern for three years in an animal clinic or hospital, just like human doctors spend three years interning in a human hospital or human clinic. In fact, you have learned far more about animal biology because you had to learn the biology of every single animal people keep as pets or keep on a farm as livestock. Human doctors have it easier and have to learn less because they only have to study the biology of a single animal; humans.

Human polio has almost been completely eradicated from the earth, but goats still get goat polio on a regular basis, and you (as a vet) have to know how to treat it. All animals that spend even a fraction of their lives outdoors will be infested with at least two or more parasites. Those parasites have to be killed internally, or the animals will suffer and die. Humans may contract parasites, but it is also a rare occurrence, and humans typically do not contract heartworms like cats or dogs. In fact, there is SO much more you have to learn than a human doctor that you practically qualify as a "super-doctor."

If someone comes to you in a pinch with a severe laceration and is likely to bleed out and die before getting to a hospital, you know that you can sew him/her up. You have obtained all of the necessary skills with which to conduct surgery on any living creature, including humans. If that is not a doctor, or does not describe a doctor, then the scoffers do not know what a doctor is. 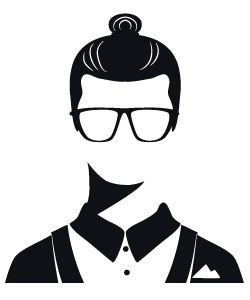 After adopting a dog and a cat, I realized that there were a few things I needed to worry about. In addition to working with my pets at home to properly train them, feed them, and love them, I also found a veterinarian in my area who had the training my animals could benefit from. When we went in for the first visit, it was clear that the doctors could help my pets, and it was a nice feeling. I decided to start chatting with pet doctors to find out how I could improve the lives of other animals, and it is now part of my personal mission. Read more about pet care here.